It’s a fair statement that we live in the best time there was since the beginning of times and indeed there are more opportunities than there ever was. People are getting full on into the spirit of entrepreneurism by setting up their own businesses and starting the path of an employer. Whereas I welcome this type of independent thinking, I feel sorry for those who lack basic common sense and education. The fact that you are the cheapest one out there isn’t going to make your business successful nor you will win any friends or happy customers, as the quality of that service would be behind. Of course there are exceptions which are large multinational organisations who sell billions worth of stock at a low profit margin, but due to quantity they are able to thrive in that environment. This is not the case for building companies, Carillion group collapse is the latest victim of this misconception.

If it looks too good to be true, it probably is

Over the last 10 years we came across certain clients where our estimate, prepared by a qualified QS/estimator with 20 years of experience and knowledge, would be 20% higher than the competitors. Normally what happens is this scenario is we are being told that someone is much cheaper and that they feel they will do as good of a job as we would. Perhaps in some cases this is true, but from what we saw it’s completely the opposite. It’s either constant requests from the contractor for more money due to items not being included in the initial quotation or client being forced to pay in advance and never seeing that money again. Let me share our recent experience.

I came to meet Sina the first time to his beautiful house in the heart of Chiswick back in 2016, being distracted by a pair of fluffy dogs trying to hump my leg. The chap was quite pleasant and had a good understanding of what he was after. The project would be substantial with an investment of over half a million pounds. Following that meeting I haven’t heard anything back for about 6 months. One day the phone rang and I found out that the job was given to someone else, who got in with a much lower quote. However, after about 2 months of work, Sina realised that it was a huge mistake. The people he employed were clueless of how things were meant to be done, in which sequence and the concept of Health and Safety was thrown out the window. They demolished the majority of house, leaving the remaining structure hanging on 10 temporary prop supports. Our structural engineer was quite concerned and advised us to seal off the entire site, as the whole thing could collapse any moment. After another successful meeting, Sina agreed to employ us at our initial price, feeling desperate and deceived. Things changed for the better the same day!

Fast forward 10 months, we completed the job to an amazing finish with time to spare, leaving the customer extremely happy and thankful after they had to endure such an unpleasant experience from the go. They admitted that trying to save money on a respected builder was a mistake. Eventually we helped them save a ton of money by using our suppliers which provided extensive discounts on marble, kitchens, floors, paint and furnishings. The moral of the story is that even though it’s very important to keep within the budget and save where possible, never cheap out on the fundamentals. Best to avoid potentially disastrous problems and instead try to enjoy what is a wonderful experience of creating your dream home. 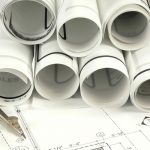 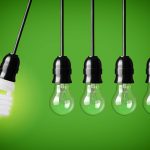